Location Based Services and Diabetes

Diabetes is a common problem around the world with over 345 million people worldwide according to a Qualcomm article which talks about trials of a wireless glucose meter which they are trialling on some of their own staff.

Diabetes New Zealand says there are around 208,000 people in New Zealand with Type 1 or 2 diabetes. They say it is epidemic with up to 50 more people being diagnosed EVERY DAY!

Type 1 people typically require insulin by injection every day. If this does not happen there is a risk that they will become disoriented and risk going into a coma condition. 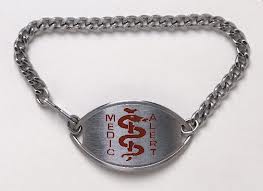 Most people with this condition are well organised and will have the resources they need on them and should be wearing a MedicAlert bracelet or necklace, or have a wallet card identifying them and their condition.

Unfortunately there are times when people don’t have their insulin with them, or don’t manage their dosage according to their diet or activities and can then find themselves with a problem.

Wouldn’t it be great if there was a mobile application (the phone being the one thing that everyone has on them) that could assist with this condition. For example:

There have been several companies set up solutions like this around proprietary devices which are expensive, especially in the numbers required. Most people would not be able to afford those devices and they are another thing to carry around, whereas the mobile is ubiquitous and there are devices for all budgets today.

Effectively a project like this is relatively easy to put together and with funding from a drug company or Government, could save lives and significant medical cost by moving the ambulance to the top of the cliff. Internationally there have been some apps developed, but from what I can tell they tend to be more about managing dosage than the features I have mentioned above. Here is a link to a few of them.

Do you know of any developments in this field?