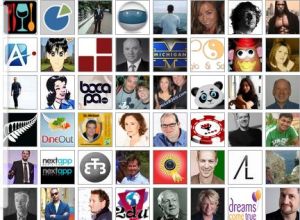 I unfollowed about 400 people on Twitter yesterday. Not the ones in this image, but they could be next. I unfollowed people who haven’t posted a single tweet in more than 2 months, in some cases in over a year!

What surprised me was that there were several New Zealand Government MP’s (really interesting given that next year is election year and it appears no post is safe). There were also a large number of people who claim to be social media ‘experts’ and consultants, business consultants; even major national and multinational brands.

Do you get more than your fair share of business? Do you spend money on advertising and marketing? Do you follow where your business comes from? Have you heard stories about how people don’t trust advertising as much as they trust people they relate to? Twitter is another form of Word of Mouth (WOM), which as you know is one of the most powerful forms of marketing there is.

Is Twitter worth using as a marketing tool? Here are some stats to think about from June this year:

So if you have a Twitter account and aren’t using it to capture some attention, but you spend money on other forms of marketing, are you serious about growing your business?

Maybe you don’t know how to use it, or what to tweet about? Get some help. Talk to people like me. Tweet for advice. Tweet your story. Tweet your customers. Do something! If I unfollow you on Twitter, maybe I am following your competitors. If I search for your type of product (did you see that search engine query stat above?) I’m probably looking to make a buying decision.

As to MP’s who have accounts and don’t use them, are you nuts?

Hey, while you’re here, have you visited my new Facebook page yet? Come and join in the conversation. You can also follow me on Twitter. Talk to me, tell me what you think.

7 Responses to I Unfollowed You On Twitter Yesterday (Read Time 1:27)