Foursquare’s new notifications and the future of contextual mobile …

See a 20 minute preso from Foursquare at Scoop.it – Location Is Everywhere

Foursquare’s new notifications and the future of contextual mobile experiences. Dec 18th. For the last year I’ve been obsessed with a new breed of mobile applications that are aware of a user’s context: who they are, where they are in the … 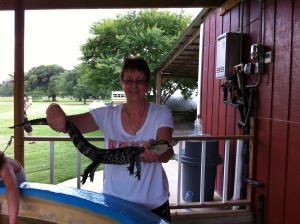 There were many experiences we wouldn’t have had without Foursquare

For those who still don’t get Foursquare, this is worth checking out. The holy grail for many including Google (advertisements that done right, people will want to receive offers from, even if they hate spam and untargeted ads) is being able to deliver relevant location based experiences for people based on associations with friends, real time location, context, profile and current activities.

There is a lot happening in Foursquare and it it frustrates me that many people still don’t get the value proposition for themselves in Foursquare, given that it already does what a lot of people want. I think it’s potential is huge and growing and that there will be a pile of companies soon clambering to buy them for telephone book phone numbers, despite the numbe of critics (typically those who don’t lve in big cities.

Probably the only ongoing gripe I have, which is what is hampering the growth around the world in small cities, towns and even countries like New Zealand and Australia, is that they will not allow consultants or marketing companies to help their clients manage accounts through any form of aggregation or control application. I have tried to look at supporting multiple cafes, motor mechanic garages and others to use Foursquare on their behalf without having to manually log onto every individual account. Foursquare have been steadfast in this and it has meant that it is not cost effective to support small businesses. My hope is that like HootSuite and other products, they will eventually allow (for a scaled fee structure) consultants to administrate on behalf of their clients. I fully support a security authentication feature and other features to protect against hackers and I firmly believe that the growth of users would be dramatic, significantly increasing Foursquare’s value.

Anyway, for those of you who say Foursquare is a waste of time, you may also have been the ones that said Twitter was a waste of time, like who cares that you just had a coffee. For your interest, they are now estimated to be worth around US$15 Billion. Not bad for something that people said didn’t work! How many companies are there in your part of world that do things that no one wants (and lets them mostly do it for free!) are worth that sort of money?