It Remembers, You Fold: Packing-List Apps 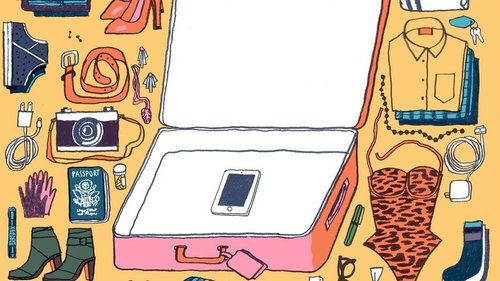 Whether you’re absent-minded, detail-oriented or fashion-forward, these apps can help you decide what to pack and when.

I’ve done a lot of traveling locally and around the world and the concept of a list really appealed to me. I do a lot of brief domestic trips but over the years have done at least many dozens of trips to Europe, Asia, the US and Australia.

I bought one of these packing lists apps because I was always concerned that I might have forgotten something.

In reality I decided after trying a list app that it wasn’t of real value to me, although that’s probably because I have so much experience in packing for trips. I do like to be organized and I do like lists, but I only use the app once.

The one time I made a real bad blunder was having traveled to the airport for a 2 week trip to the USA and Europe, I was reaching over to grab my jacket which held my passport and paperwork and it wasn’t there. I had to race frantically about 30km each way to get it, driving a little over the speed limit (not a normal occurrence for me) and fortunately the flight ended up having been delayed to my enormous relief. The flight had direct connection from LAX to Newark and missing the one from AKL to LAX would have been a nightmare.

The thing was that I had my passport on the list, I had checked it and put it in my jacket pocket with my (back then paper) itinerary and so the paper list I used at the time worked. The list shouldn’t need to include, bring the clothes you will be wearing on the day.

So having said that, I did learn a lot of things the hard way, lots of little things you might easily forget, chargers and cables so you can access your Google Maps, or your TomTom if you are driving a rental etc.

The price of these apps is peanuts so it is worth considering. I am big on lists, just this one for me, probably a little late.