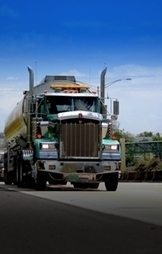 It’s interesting that they are legislating to try to help drivers, but if sleep apnea or fatigue is what they are trying to fix, perhaps they should focus on driver behavior.

I’ve heard of systems being tested in German concept cars where they have a camera monitoring the driver’s eyes looking for those telltale blinks that come before that momentary nodding off, which is often the time that a vehicle leaves the road, followed by a fright and mostly successful attempt to bring the vehicle back into the center of the lane.

I believe some cars will monitor lane position and gently push the steering wheel back so that the vehicle returns to the middle of the lane, much like an auto pilot, but not strong enough to stop a deliberate movement, where the driver did need to swerve to avoid n incident.

Perhaps technology like that should be mandatory in commercial vehicles, especially those doing line haul, where they may be driving on long straight highways for many hours.