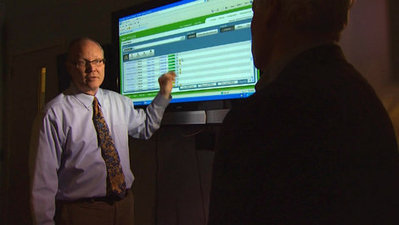 Dead batteries let offenders escape GPS monitoring KING5.com The City of Fife agency that monitors about 90 offenders sentenced to electronic home monitoring was unable to detect violations by some of those convicted criminals because the…

“If you don’t charge the batteries the electronics don’t work” the video commentary starts. This is pretty fundamental, but it seems to have been left out in the training and apparently the system had not been set up to monitor battery status.

We all know GPS consumes a lot of battery power and charging is a key issue. One would assume that there are steps within the operation of GPS ankle bracelets manuals and training provided by the supplier that ensures that they are fully operational at all times. There are alarms that will advise on a number of hings including battery life and state, tampering and with the more sophisticated systems, if not the older technologies, that have motion detection, just the same as you have on your mobile phone.

For these elements to have failed it would appear that the failure lies not in the technology but in the training and management procedures. When dealing with the purpose these are designed for, this is surely fundamental. I would have no doubt that the offenders would know when their units are not working and would take advantage of it and I would go further to say they could assume its not their responsibility to tell anyone if they are faulty, although they still shouldn’t violate their conditions.If they can they well might.

I’ve seen seen analogous situations where people who were running company vehicles which were tracked as part of a fleet management system, one of my clients in fact, where the drivers found out that they could not be GPS tracked if they surrounded the GPS aerial in tin foil.

That was true, but it also raised an alarm to show that the vehicle was moving, but the GPS signal wasn’t being transmitted. A quick trip to the auto  electrician and a verbal warning soon fixed that problem.

I find it hard to reconcile that this situation requires a committee or research group. It simply requires working with the supplier to document the required procedures, set up the reporting system correctly and then follow them. If the devices can’t report the battery state, then they are either faulty or out of date. If they can be easily opened because the battery is flat, that’s a design flaw.

This is not rocket science. It’s not even new technology. Don’t judge the technology because of the poor delivery.