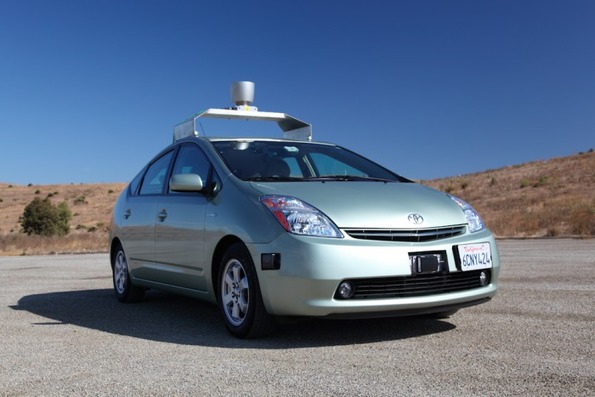 Sourced through Scoop.it from: www.dailytimesgazette.com

I’m sorry, I hate to be a party pooper, but this is the sort of story IMHO that has people suddenly become experts in the latest technology fad. Suddenly people will be saying, “I read it, so it has to be true, Autonomous cars could produce 94% less carbon emissions.” It came from Berkeley so it has to be true.

I suggest reading the full report and it will probably be talking about savings through platooning, smoother acceleration and braking and other features.The benefits are only going to be achieved from a small part of journey and not from the part of the journey where people hop into a 2 seat car to do their groceries in, which probably has less trunk space that a Corvette (I love Corvette’s BTW), because it is designed to be a tiny car and has lots of computers, gyro’s, LiDAR and other components to make it autonomous and connected.

However how much carbon emissions come from electric cars or hybrid cars? Every car manufacturer is working flat out to improve fuel efficiency and reduce CO2 emissions. As for aerodynamics, today’s autonomous cars are far from aerodynamic. They have LiDAR camera cherry’s on their roofs!

We could reduce a lot of emissions simply by having a legal requirement of minimum exhaust emissions on all cars. After all even when autonomous cars are released and assuming a few people, corporates or government departments buy them for their fleets, even at exorbitant prices, how long do you think it would take before there was a critical mass of driverless cars? How long have electric and hybrid cars been around and what is the current ratio of those to diesel and petrol burners?

This is awesome technology and will solve problems in some areas in the next couple of decades without a doubt. Will you or I be driving one of these in the next 20 years? Maybe once or twice as a novelty rental car, or if a company like Uber was successful in turning them into taxis. The more likely option I could see would be as public transport shuttles, taking people to and from hubs.

The future of autonomous cars is inevitable, they will be a transport mode and a good one. They should have priority because they are smart and can communicate with ITS. Let’s just not let statistics get the better of us. 93.5% of statistics are used out of context and the other 53.6% are made up.