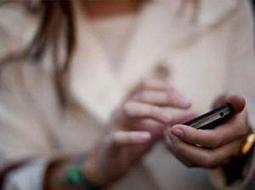 Delhi Police’s HIMMAT app, which was launched for women’s safety in the beginning of the year, will soon have an option to track a person’s location.

Sourced through Scoop.it from: timesofindia.indiatimes.com

It’s a shame that its needed, but great that these apps are being developed. My big hope is that they have good security features and that they are zealously monitored.

First, if the woman starts up the monitoring and wants it to stop, it needs to be password protected in such a way that a third party wishing to do harm, can not switch it off against the user’s wishes. It should also have a panic button that can be easily accessed, preferably without having to log into the smartphone. Accessories such as a Bluetooth panic button would be a good idea, that way an offender would have no idea it had been activated. Even better, have the panic button ring the call centre and open up a call that can be recorded.

The system is only as good as the resources Police are prepared to spend on it. As per previous blogs, many an outcry has been raised when prisoners on home detention or parolees cut off and remove their GPS ankle bracelets. A tamper alarm goes off and the Police or their security agent doesn’t spot the alarm because they are under-resourced.These are not infrequent stories in US newspapers.

This solution has the potential to be very popular, however, imagine the outcry if a women is attacked, the alarm goes off and no one comes to their rescue because due to resources, the alarm isn’t spotted. I hope they have good systems in place to prevent that. I would not wanting to be writing a sad blog about a great idea that failed someone..