Mapped: The 7,000 languages across the world 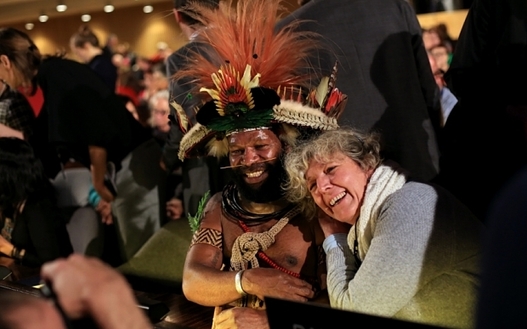 Many countries are home to hundreds of languages, sometimes despite having
very small populations

Sourced through Scoop.it from: www.telegraph.co.uk

How many languages do you speak? When we think about languages, where I live, it’s typically English, Maori, Pacific Island languages and Asian languages. At school you might add French, German and Spanish. According to the interactive map, there are 25 Living Languages in New Zealand.

It’s pretty incredible to think that today there are still over 7,000 languages being spoken around the world. It’s really interesting to browse different countries and see how many languages are spoken in them. Ireland surprised me with only 6 languages spoken.

Which country do you think has only 1 living language and a language diversity of 0?

Writer for hire, marketing consultant specialising in Location Based Services. Futurist and Public Speaker Auckland, New Zealand
View all posts by Luigi Cappel →
This entry was posted in Communications, Maps, People and tagged how many languages can you speak, language, living language, Maori language, speech. Bookmark the permalink.