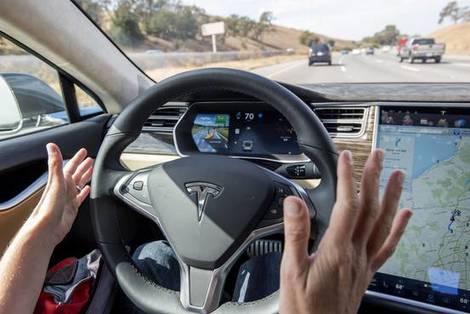 Tesla Motors Inc. implemented restrictions on where it will allow its vehicles to use autopilot after many owners took videos of themselves driving hands-free in dangerous situations.

Sourced through Scoop.it from: www.wsj.com

This is yet another very smart move on the part of Tesla, a company that keeps following up innovation after innovation. I love the way they send wireless software updates to their cars.

A few thoughts though. If autopilot only works if there is a center divider and won’t operate on residential streets, I assume that doesn’t include the ‘summon’ feature, otherwise you would never get to use it. I know a lot of people who would buy the car just for that feature. I had one of the first remote ignition starters in New Zealand and I loved using it when people leaned on the car at shopping malls or other places.

Not going more than 5 miles an hour over the speed limit is a great feature, but in this country I’m only aware of one navigation system in New Zealand, being TomTom that actually has national current speed zones (excluding road works) and many systems don’t have them at all.

I’m not aware of any system in the world today that, even with good cameras, can recognise let alone read speed signs under all lighting conditions. In some countries like New Zealand and Alaska where the sun spends a lot of time very low on the horizon, even on good days, speed sign recognition is technologically challenging. If you get caught speeding, technology fail will not be a legal defense.

I was having a discussion in the office today about the fact that most of us have our car parked 95% of the time. This is where autonomous cars could come into their own. Drive to work, then let the car go home and pick up the kids and take them to school, then let other people use it for a fee ‘Uber driverless car style’ and then reverse the process to get everyone home and you have a car that pays for itself. That would  compensate for the higher cost of the additional technology required to build driverless cars.

Long term this means that we can actually start having designer cities with very few car parks. In the long term car parks will no longer be a profitable land investment.

Like many things I write about, driverless cars are nothing new. GM presented the concept at the 1939 World’s Fair. Funny really when we talk about the rapid pace of change.