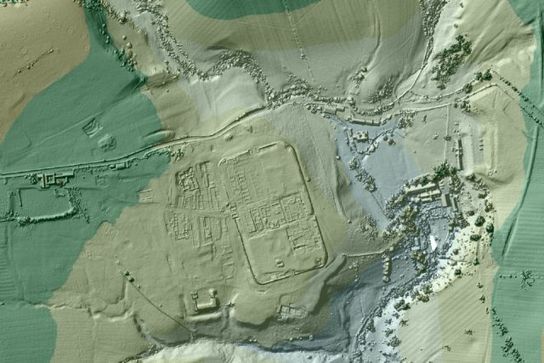 “Latest News – NEW ROAD DISCOVERED,” reads David Ratledge’s page on the Roman Roads Research Association. “After only 45 years of searching, I have at long last found the Roman Road from Ribchester to Lancaster!” Ratledge, an amateur archaeologist, has indeed been looking for evidence of Roman roads in Lancashire, England for 45 years. He has…

Sourced through Scoop.it from: qz.com

We used LiDAR among other technologies to develop an accurate road centre line in New Zealand to support car navigation and particularly Fleet Management. We used it both from our mapping car and with aerial orthophotography and today it is of course becoming widely used in the support of driverless cars and it needs to be, although it is still just one of the technologies employed for this purpose.

Sometimes as we travel on our journey into the future, it is easy to forget that horses, carts and chariots have been traveling similar routes for more than 2,000 years.

So while we pat ourselves on the back for being so clever and the massive rate of change, we might do well to remember that they had long straight roads long before we started thinking about creating faster horses. Perhaps there is more we can learn from them.

What particularly interests me is that we are discovering this, i.e. the information was lost, and that the discovery was by an amateur archaeologist. In a thousand years from now, as per the old song “In the Year 2525, if man is still alive”, what will they think of us? Homo mobilis? Will they think we were clever?