Self-driving Fords are keeping their cool in the snow 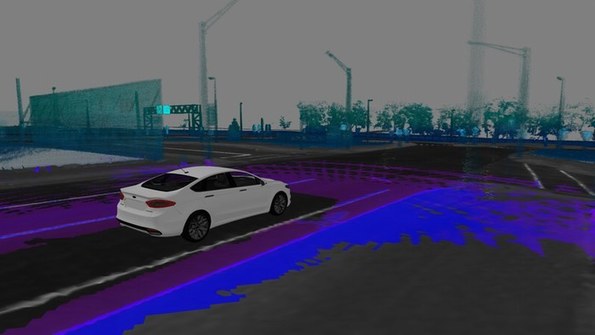 Self-driving cars are ultimately expected to become safer than those driven by people, but first they will have to overcome their biggest nemesis: snow. It’s slippery, unpredictable and obscures road markings.

Sourced through Scoop.it from: www.gizmag.com

Whilst I’m a little bit skeptical about the capability of this technology to translate into a driverless car safely traveling through roads covered in ice and snow, it’s great that this research is being done.

I’ve driven in cars helplessly sliding through snow before the contractors have laid their grit and in winter we frequently close alpine passes,major tourist and freight routes due to winter conditions where it is considered unsafe for experienced human drivers who can see where they are going.

When it comes to mapping with LiDAR, the key is quality and currency of the data. It takes a lot of resource to map roads using this technology and keep them current. Forgetting about the cost of digital terrain mapping and the problems of getting the latest information shared with all potential users, nature also plays a role.

Whether it is road construction and maintenance, land slips, floods, earthquakes, natural subsidence, or other conditions, change is a constant.

When most of the mapping is done by commercial companies who want to sell their data, we have a road block. If however we came up with a crowd sourcing system where all cars shared information with V2V technology, there might be some hope in the future. But make no mistake, this is still very expensive technology.

When we first started with navigation the focus was on major urban centers and some providers were less worried about having accuracy throughout the whole country. That’s not a great option for a driverless car. I’m sure these systems will work very well on freeways and interstates, but as I’ve often pointed out, people don’t start their journeys on an on-ramp and end on the off-ramp.

Anyway, great to see them tackling the tough problems.