I got pretty excited when I read the press release about Volkswagen getting together with D-Wave, using quantum computing to demonstrate real time traffic optimised routing at the Web Summit conference in Lisbon which starts tomorrow. I wish I was going! The conference is sold out but they are going to live stream it.

I’ve been involved in collecting and delivering real time traffic information (RTTI) to business and consumers for over 10 years and have seen the evolution from dedicated PND’s, to in-car navigation, to smartphone apps like Google and HERE. I was involved in a number of innovations which helped ease the consequences of traffic congestion for those who bothered to use it.

I have become increasingly frustrated with the lack of real innovation, or even desire to innovate outside the box, and have seen entropy develop in the way we respond to ever increasing numbers of vehicles on our highways. We have become linear in our approach to dealing with planned and unplanned events. This modus operandi often results in merely shifting a problem from one place to another.

Having attended international transport conferences and endured university paper presentations going into great detail about management strategies for a 500 meter strip of road, it is little wonder that the problem isn’t going away because even academe is mostly rehashing the same old stuff. At least in the streams where we source our traffic engineers.

On my commute to the Auckland Transport Operations Centre (where I worked until recently) from home, Google would always route me via the highest ranking highway, even if it was congested. With local knowledge I knew a better way and found a rat-run through residential streets, saving me about 5 minutes on my journey which hardly anyone was using. Before too long people found out about it and then to top it off, Google started recommending it. Over time the shortcut ended up creating gridlock, resulting in driver stress and a liberal dose of daily road rage.

Councils and departments of transport have limited control over their networks at times of unusual demand. They run optimisation programs with intersections and do their best to keep roads flowing on arterial routes to the best of their ability, but any unplanned event can lead to concatenating outcomes farther up the network. A car crash for example can lead to multiple arterial routes becoming gridlocked.

Previously as Sales & Marketing Manager for GeoSmart, I was involved in the specification and sale of route optimisation solutions for commercial fleets, which were largely based around the traveling salesman problem. The crux of this is how do I visit every client on my list but drive the minimum distance and time.

I was able to help many companies improve their productivity and profit, by providing the tools to calculate the optimal routes for their vehicle fleets, in many cases overnight for the following day, for each vehicle. I wrote many articles about our product Route2Go on our company blog at the time, which are still on the web explaining the benefits of route optimisation as a service. 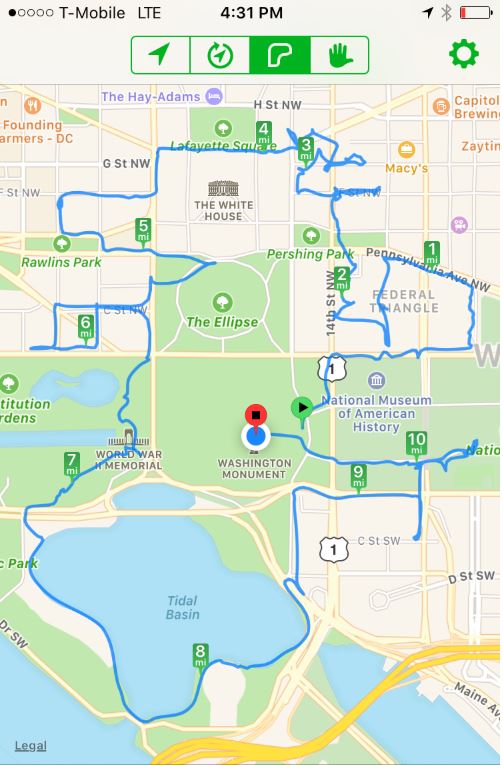 Waterloo University in California came up with some novel solutions from the shortest route to do a pub crawl to every pub in the United Kingdom and a walking tour of the top 50 places to visit in the city of Washington. As you can see, the route is roughly a circle that starts and ends at the same place.

These routes are brilliant when there is no traffic, not too bad when there is some traffic, but there are two situations where it doesn’t work well.

So back to Volkswagen and D-Wave. They will be demonstrating the use of quantum computing with 26 buses going from the Lisbon city centre to the conference site. Each bus will have its own route calculated independently. It will take into consideration where people are waiting to catch the buses (in real time), what the current real time traffic conditions are on the available routes, for example the locations of accidents or traffic jams, and even predict traffic jams based on current network sensors and activity using artificial intelligence.

Consider the future implications of this sort of technology. In Auckland, New Zealand, in order to reduce the road toll and number of urban accidents, the city has decided to reduce the maximum driving speed on 10% of urban roads.

We do have a problem and the city is trying to do something about it, as they should.

However this causes other problems. For example the freight and distribution industry over recent years has been expected to make more deliveries as our population increases, in less time, and for less return. Already it is common to hear of couriers and other drivers speeding and risking being caught because “if they can’t meet their quota, they can’t afford to run their business”. I’m not justifying that stance, they are breaking the law and taking the very risks Auckland Transport is trying to reduce.

However, as David Aitken, CEO of National Road Carriers said in a recent press release,  “Slowing down roads slows down our economy.” In the linked release he spoke about the necessity to research approaches to the problems of safety and network performance.

So this is where quantum computing comes in and I believe this will deliver some amazing outcomes, but initially, because of cost and the share scale of the problem, and perhaps because those who need it are trying to deal with the day to day demands of their business, rather than looking to solve the bigger problem, it will be delivered to individual companies who have the resources to invest in this technology.

One day, this is what Smart Cities should deliver, but I suspect we are 10-20 years away from being able to scale a real time traffic based route optimisation solution that will work for all users in a modern city. I suspect that most countries and cities will not have the vision to start developing these solutions, or the budgets. When politics comes into play, long term strategies are often derailed.

What can such a solution deliver?

A unique route for every vehicle on the network, irrespective of whether it is a single destination journey or a large number of stops such as the route for a rubbish truck. This route will be calculated dynamically based on what is happening on the network and the calculated impact of planned and unplanned events. It will be able to take into account the impacts of weather, school or public holidays, and use historic information. It will continue to recalculate dynamically throughout the day as conditions or circumstances change.

The vehicles or fleets using this technology will get an unfair advantage as will any Fleet Management or Car Navigation company providing these solutions. Each journey is unique. Three trucks leaving a depot 10 minutes apart for the same destination, may if appropriate, be given three different routes.

If I were still in the industry, I would be offering this to commercial road users as a cloud based service. For the driver it would be like car navigation, but in practice this is transport gold. Like gold, it won’t be cheap because the cost of the calculations is high, but this will be offset by increased productivity. perhaps there will be levels of service to match budgets.

A smart city would need to totally change its way of thinking about traffic, travel information and the way they control their network. I’m not confident they will do that in the coming decades, so it will be up to the transport industry and technology disruptors to do it. The city can provide data to the third parties who will deliver routes to end users.

Those who are prepared to pay for it, will get better outcomes. As more and more commercial road users adopt this type of technology, we will start to see traffic flowing more like water or energy, maximising the network capacity and steering traffic away from blockages until they are restored. This of course will also improve safety for all.

The immediate challenge is for the Fleet Management industry, or at least an initial key player to embrace quantum computing travel information/routing solutions and pilot them with companies or associations who want better outcomes.

This reminds me of the early days of eRUC, where companies created solutions allowing commercial vehicle operators to pay road taxes electronically straight from the vehicle. In the early days that was a big deal, today it is just BAU.

So what do you think? Want to wait for 10-20 years? Every large city in the world has the same problem and it is getting worse. By managing the network in the same way as they do now, do you think we will get a different result?

As this article from City Lab says, ‘Traffic has a Mind-Blowing Economic Toll’.

What does that mean for the consumer? Everything costs more. It’s that simple. We have known for years that traffic congestion has a major impact on GDP. It hurts everyone. Maybe it’s time to introduce some innovation. What do you think?