Do you ride share or use Gig Economy services?

I had a conversation with a colleague yesterday, one similar to conversations I frequently have with my fellow geeks. Do not assume that the rest of the world, or even your own world, outside of those you hang out with most of the time, are on the same technology wave level as you are.

A web developer friend (who I haven’t seen for too long and is probably reading this) was complaining a few years ago that too many people around Auckland were now playing Ingress and that it was taking the gloss off the game. At the time it was only available on Android and I had an iPhone and iPad, but when I asked my friends about it, they typically hadn’t heard of it or hadn’t tried it.

He ended up asking the same question of his customers who represent some very large brands, about their use of Twitter and was blown away by how few use it, compared to his circle who were power users.

In your local social community you are either in the group where Uber is now a common form of travel, or the much larger group who have never tried it. If you read my blog, you might be in the former, being tech savvy, but it’s still probably unlikely. I’d love to hear from you as to whether you have tried it, installed but not tried it, or haven’t even bothered to go that far yet.

The same applies to social media. Other than whatever is your favorite, be it Facebook, Twitter, Instagram, Snapchat or other, most people dabble with family and friends on one or maybe two social media, but if you do a quick survey of friends and colleagues (outside of the circle you live in those apps with), I”ll bet you will still today be surprised at how few people are active on them. It’s one of the questions I ask people when I am recruiting new staff and the most common answer is something along he lines of “I use Facebook to stay in touch with friends and family.”

When it comes to Ride Sharing and the Gig economy that’s a real shame because for many people who are unemployed, they offer real tangible opportunities as they do for people looking for very small pieces of work to be done.

For example when I needed a book cover for my Kindle eBook on Buying a House, I went to Fiverr and they did a great job IMHO, perfectly formatted to Amazon’s specifications for, yep $5. It probably took them 5 minutes because it’s their specialty so we both won.

Think about it for a moment. How many people are there with college degrees who are working for minimum wage. Wouldn’t they be better off doing 5 or 6 5 minute jobs for $30 an hour?

Map companies in the USA pay local people $5-10 to confirm the details of an intersection when they get complaints about navigation instructions, such as when a set of lights at an intersection has been replaced with a roundabout (rotator).

The problem for corporates is that they would have charged $150 for the same job. That’s why taxi companies are threatened by ride share services. Ironically the community would be so much better if people did ride share. If 20% of commuters shared their rides and the costs, they would get to work, school or university cheaper and much more quickly, even if they were only gong to the park and ride and using public transport. The impact on motorway congestion would be huge.

The gig economy and ride sharing are not overtaking the world and probably won’t. I do think they have an important role in the evolution of our society. When we try to protect ourselves from challenges to existing business models, that doesn’t make the existing business models right, or even if they are the best, they still need to evolve.

How many people are going to be in your car on the way to work today? 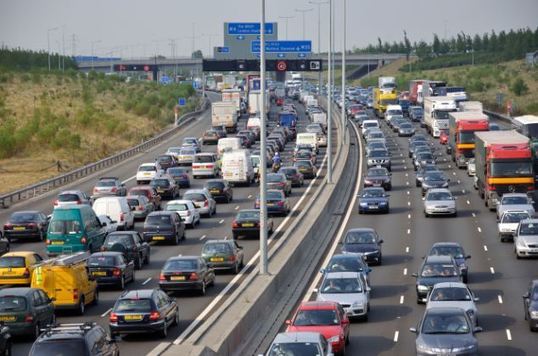