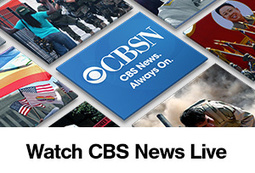 When you’re sick, getting out of bed for a doctor’s visit can seem near impossible, but now there are apps for that

Sourced through Scoop.it from: www.cbsnews.com

This evolution is not going in exactly the way I expected, certainly not house calls, which in most cases that I have experienced remain very expensive, outside of routine home nursing care for people with chronic illnesses, as an alternative to prolonged stays in hospital which almost guarantees you’ll end up with more than you started with. Of course I often jump to the end game and while that usually appears as I expected, the route it takes may be different.

A plethora of medical attachments to our smartphones already exist having the potential to help people with quite serious conditions lead near to normal lives.

I still don’t see a strong link to location (excluding Pager’s home visits) and that’s where I see the greatest power as I have suggested in previous blogs. A diabetic forgets their insulin and needs help, runs a test, sends it to a server from their mobile, which identifies what the patient needs and dispatches it.

I travel a lot, often for day trips and always worry that I might get stuck a long way from home and have to stay one or two nights that I hadn’t planned for. It has happened. Just the ability to prove who I am and be guided to the nearest pharmacy that is open, who have a script waiting for me, or puts them on a taxi or courier, maybe Uber and directs them to the current location of my mobile. That would be a smart business model to me and it seems no coincidence that one of the founders of Pager was also a founder of Uber.

With the aging of baby boomers, there is a potential explosion of opportunity for delivering medications, food and other essentials to people. For a business like Uber, this could be part of the normal business, like a courier, but more personal. I could imagine this delivery mechanism or person could be the same one carrying people.

Taken another step, imagine vehicles like the Automobile Association’s battery vans, that carry non narcotic (i.e not worth hijacking) products and can delivery single or small doses of medications to people in a large city. As long as your device knows who you are, such as with fingerprint or iris recognition, and it knows where you are, the potential is huge.

What do you think. Have you ever traveled away and then realized you have forgotten something you can’t do without?